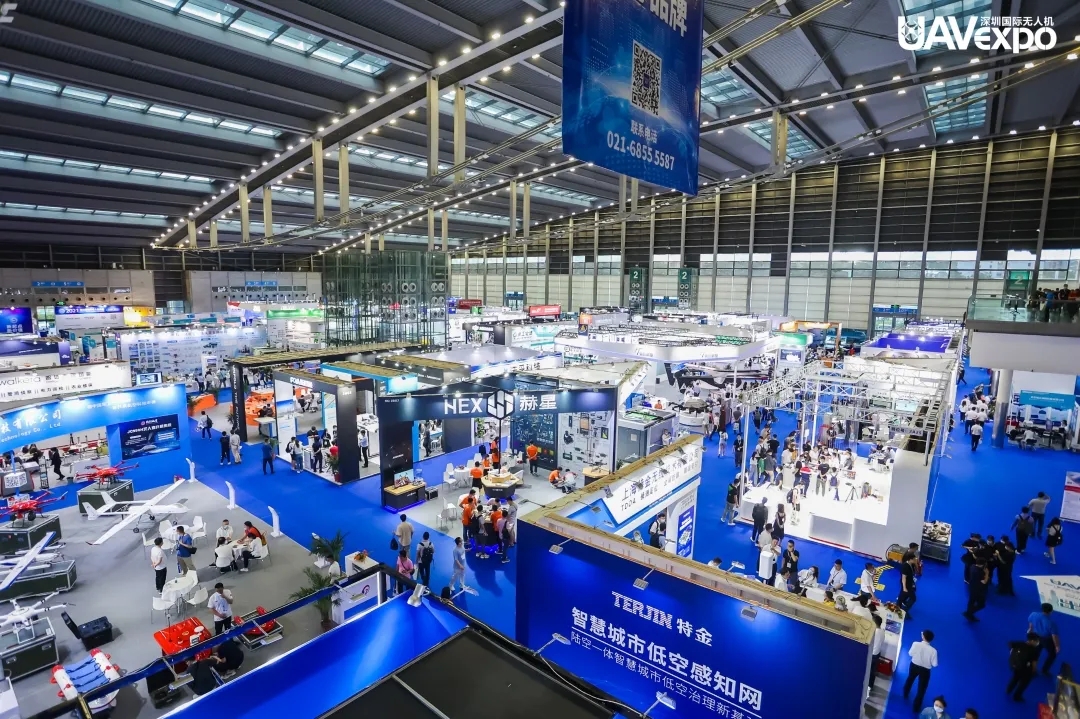 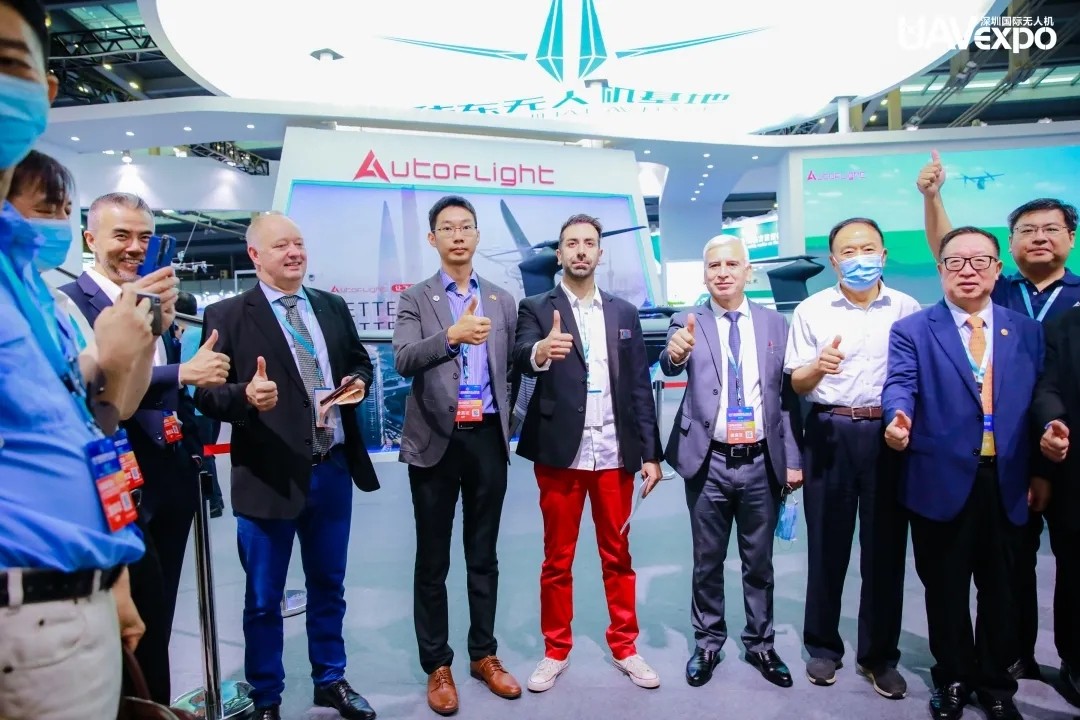 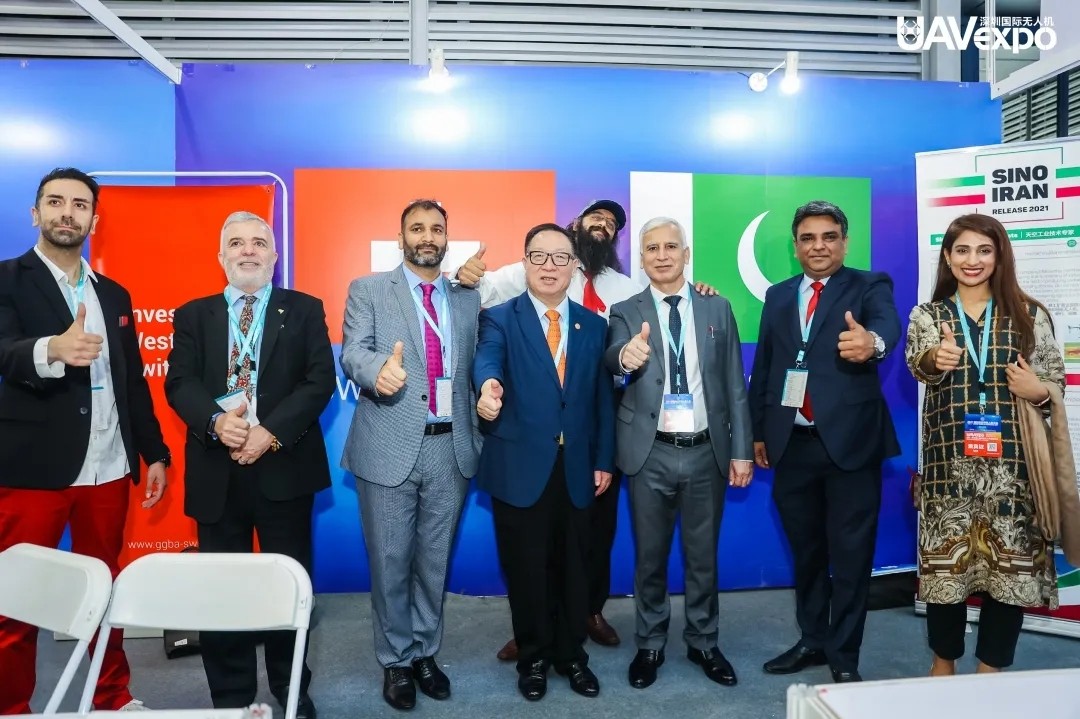 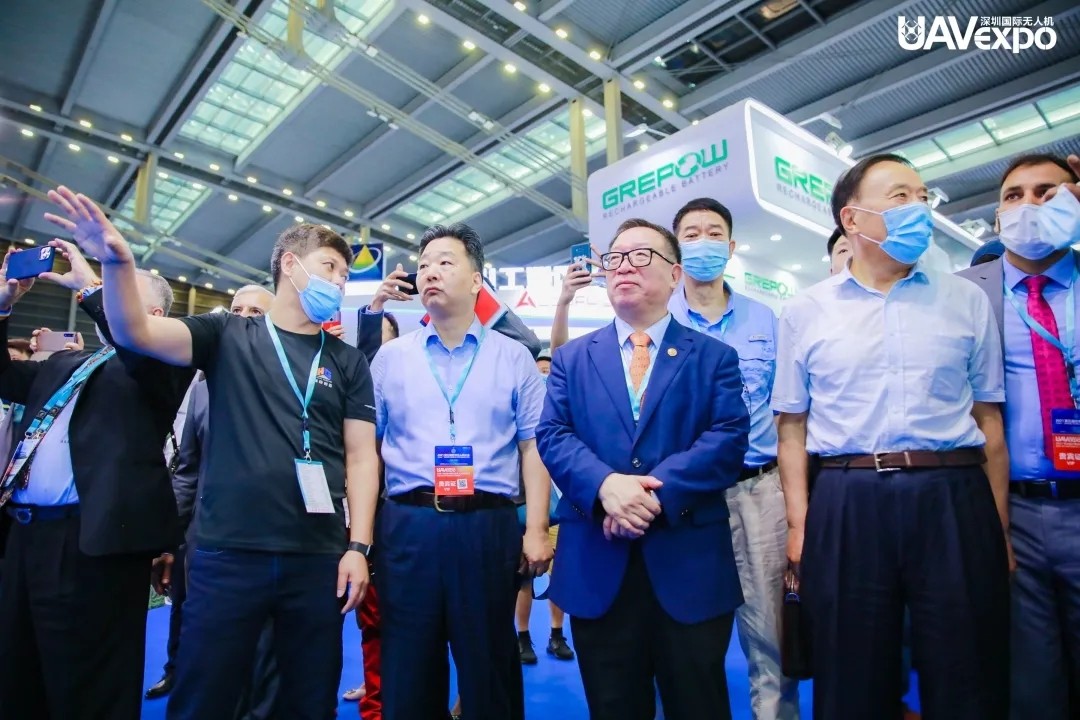 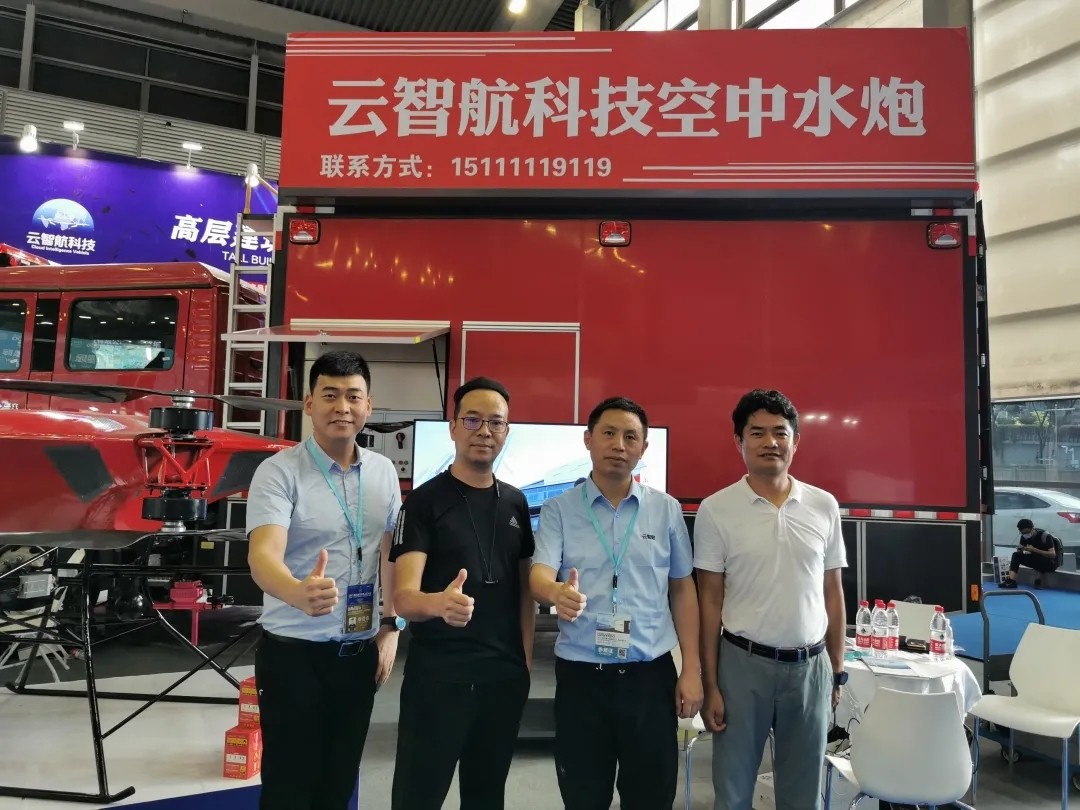 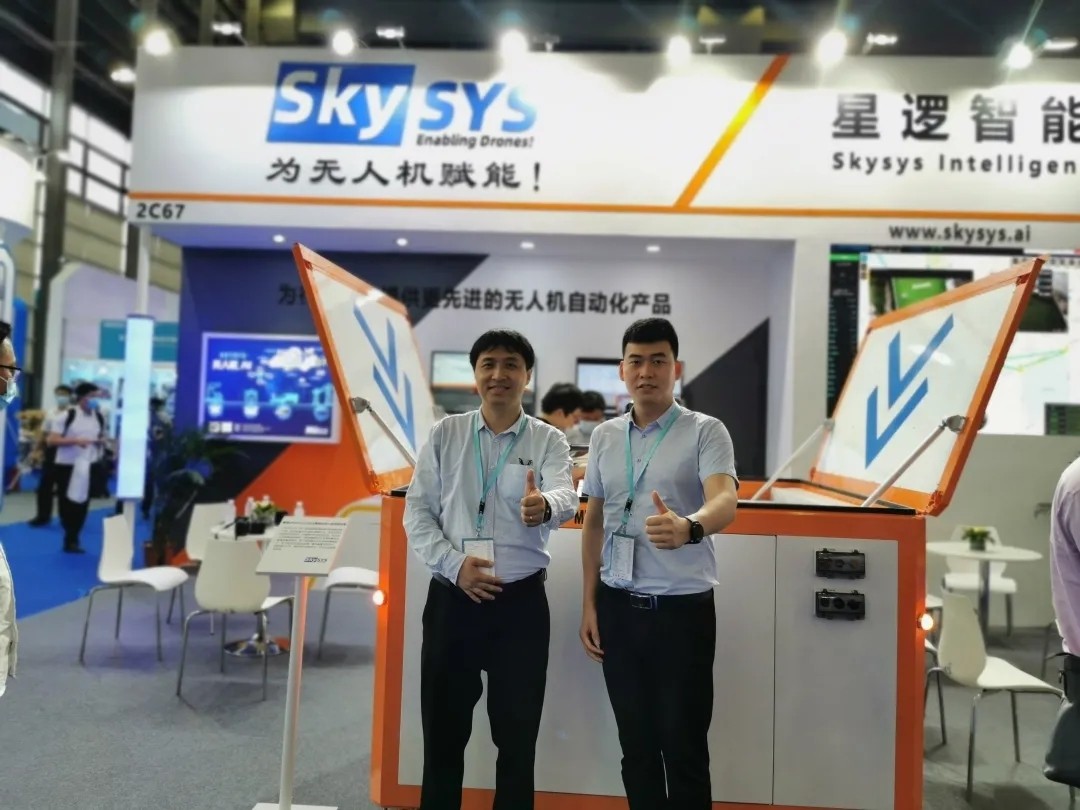 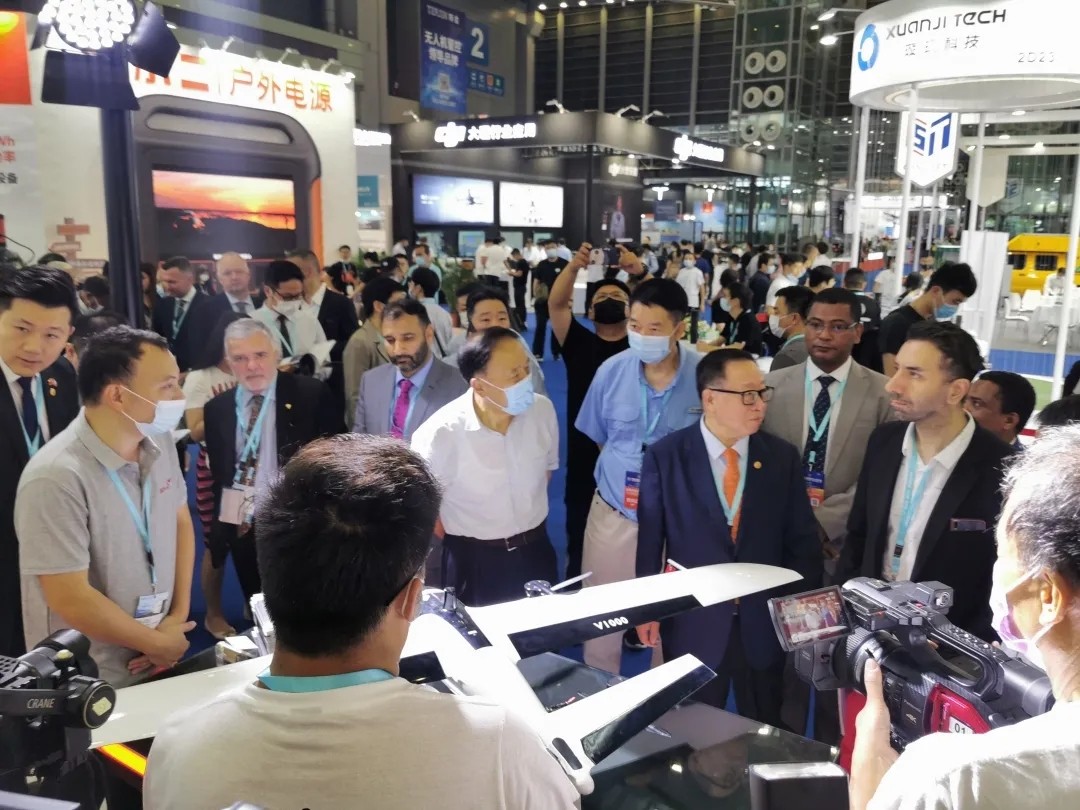 As the world's most important industrial base for civilian unmanned aerial vehicles, China has a total of 70,000 enterprises that have obtained the operating qualifications for civilian unmanned aerial vehicles. In 2020, the total output value of the drone industry will reach 67 billion yuan, an increase of 33%. Among them, there are more than 1,200 drone companies in Shenzhen, with an output value of 50 billion yuan. The exported consumer drones account for 90% of the country's total, and the industrial drones account for 60% of the domestic market share; drone exports 180 100 million yuan. The Shenzhen UAV industry has formed a complete R&D, manufacturing, sales and service system.

UAV is a product of a variety of high-tech integration and integration. It has the characteristics of high technical content, wide market application, and strong industrial radiation penetration capability. It has become an important starting point for countries all over the world to strengthen national defense construction and the implementation of artificial intelligence industry, and is listed as a national strategic emerging industry and a high-tech industry that is prioritized for development. The world today is facing major changes unseen in a century. The global pandemic of the new crown pneumonia epidemic has accelerated this major change. As a major producer of civilian drones in the world, the development of China's drone industry has received great attention from the international community. 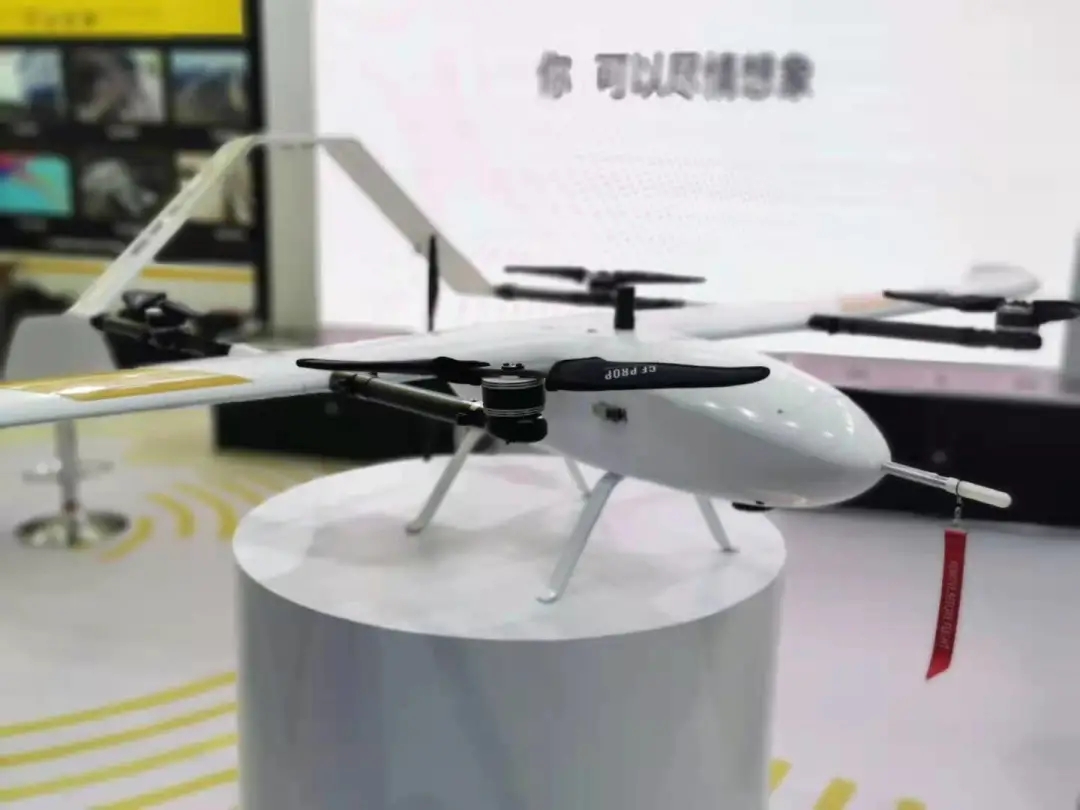 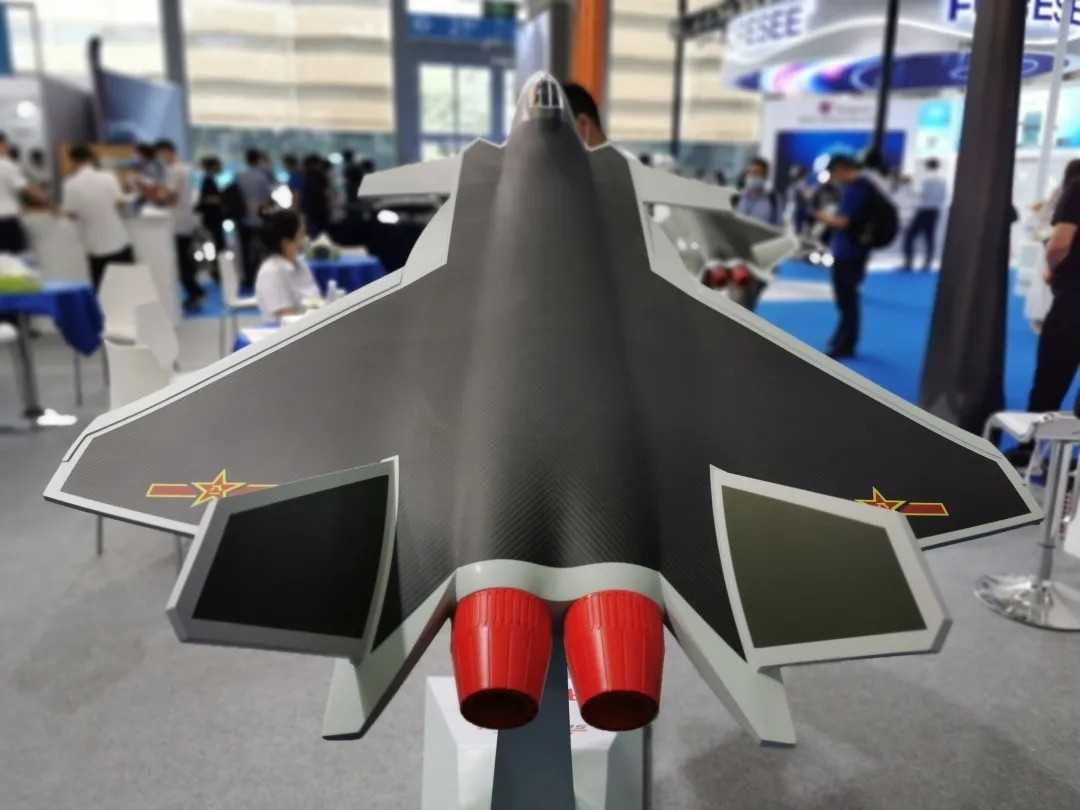 From the perspective of application areas, UAVs have played an important role in many areas of economic and social development. Especially during the epidemic, the application of drones in the fields of publicity, transportation of emergency supplies, inspections, lighting, infrared temperature measurement, code scanning, 5G networks, and the full coverage and flexibility demonstrated have allowed many drone manufacturers to The market demand for fighting the epidemic has enriched application solutions, extended its own product line, and innovated drone intelligent technology. In the future, drones incorporating big data and artificial intelligence will play a more active role in the fields of public safety, emergency rescue, surveying and mapping, meteorology, environmental protection, and inspection. 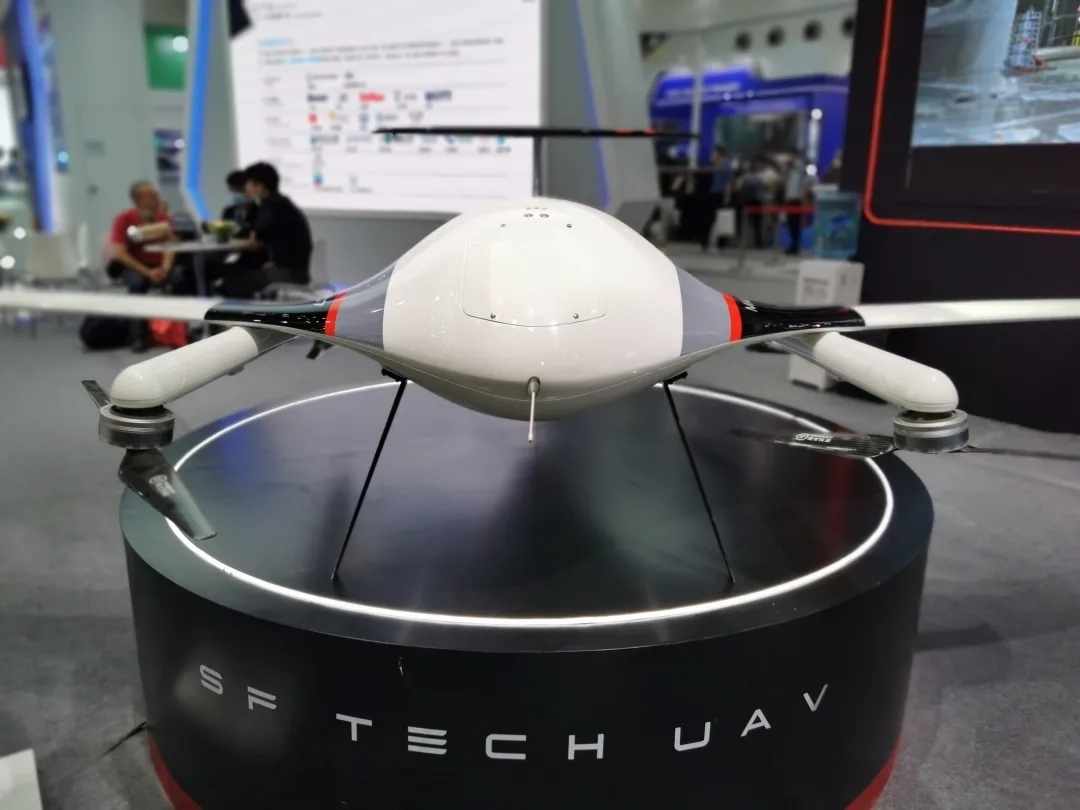 For China, broad market demand prospects and innovative talents with new technologies are a strong driving force for the future development of the industry. my country's large population, vast land area, large reserves of oil and gas pipelines and power grid facilities, rapid development of the express delivery industry, and the peak period of social informatization construction have brought huge market demand to the drone industry. However, with the development of the market, the future competition in the field of unmanned aerial vehicles will become more and more fierce, and it is more necessary to solve the core technical problems of industrial development. Such as chip technology, power technology, flight control technology, etc., we must pay more attention to the combination of artificial intelligence and drones. Mastering core technologies and improving independent research and development capabilities and levels are the keys to the healthy development of the drone industry. only in these areas can we continue to achieve only through breakthroughs can we get ahead and gain a firm foothold in the fierce market competition.

With the theme of "New Starting Point, New Value", this conference consists of a conference, an exhibition and 33 forums, covering all aspects of drone applications.

Highlight 1: A conference with 30 forums and 400 Chinese and foreign experts

The conference is composed of an opening ceremony, a special invitation report, a keynote speech, a special report, a grand ceremony, and award selection. The most influential experts, academicians and entrepreneurs in the field of drones in the world, focusing on the cutting-edge technology, industry trends, and future development of drones, focusing on precision agriculture, police security, pipeline inspections, In-depth discussions on hot spots in the fields of surveying, environmental protection, logistics and transportation, earthquake firefighting and emergency rescue, flight supervision, airport safety, standard setting, unmanned water systems, 5G, artificial intelligence, etc. will not only create a top-notch cooperation and exchange platform for participants, but also Provide landing services for UAV users. 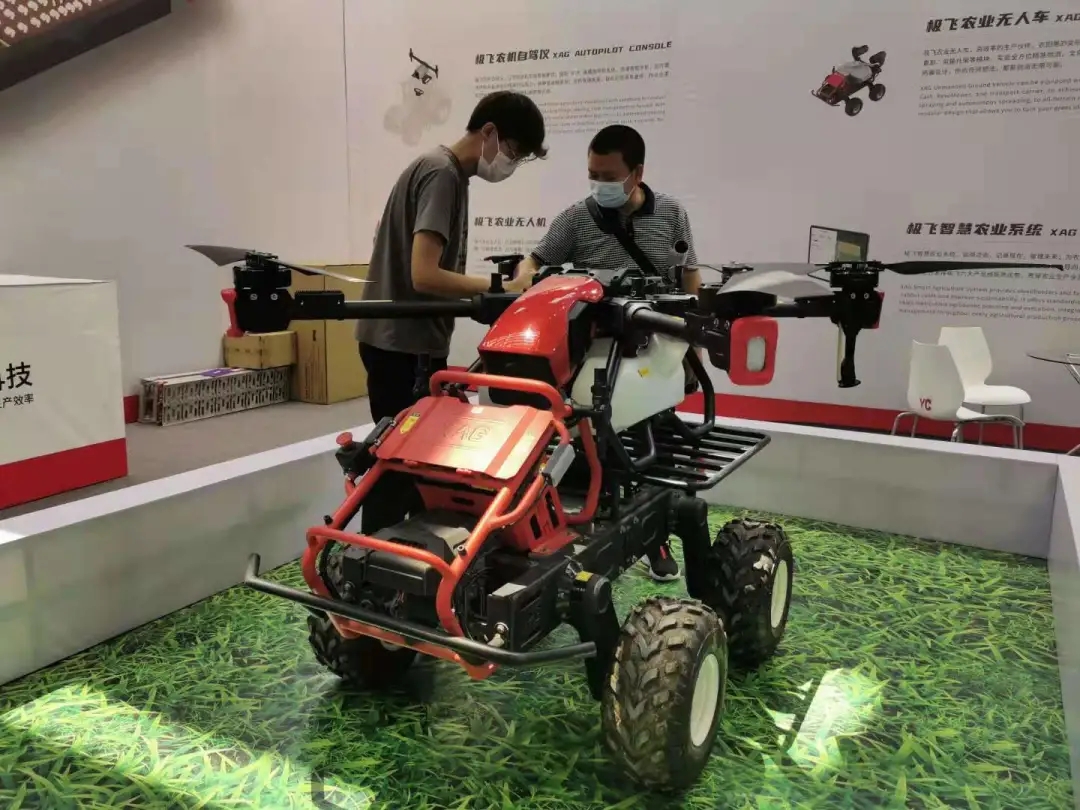 Chen Zhijie, director of the National Key Laboratory of Airspace Technology, leader of the National Air Traffic Management Expert Group, and chairman of the World UAV Congress, put forward his thoughts on the development of urban UAV traffic management system technology. Fan Benyao, academician of the Chinese Academy of Engineering and famous Beidou satellite navigation expert In view of the application of the Beidou satellite navigation system in the field of unmanned aerial vehicles, Liu Daxiang, an academician of the Chinese Academy of Engineering and a well-known aero engine expert, believes that unmanned aerial vehicles will usher in new opportunities for historical development. Chen Zhaopeng, Director of Shenzhen Qianhai Customs, introduced the construction of a drone technology and trade base and boosted the development of the drone industry. Xu Xiwei, Dean of the National Academy of Natural Disaster Prevention and Control of the Ministry of Emergency Management, explained the role of drones in the prevention and control of natural disasters. It plays an important role. Chen Feng, director of the School Planning, Construction and Development Center of the Ministry of Education, expressed his opinion on how the integration of production and education can empower the cultivation of drone talents. Thinking about the current management situation, Pan Wei, deputy director of the Salvage and Salvage Bureau of the Ministry of Transport, analyzed the demand for drones flying at sea; Zhang Wenjin, deputy chief engineer of the Institute of Reliability Engineering of Beihang University and deputy director of the AVIC Reliability Technology Center, published an unmanned Research results on reliability of aircraft systems, Pan Quan, professor of Northwestern Polytechnical University and director of the Key Laboratory of Information Fusion Technology of the Ministry of Education, made a report on the development of UAV integrated security technology, vice president, PhD, and professor-level of China Mobile (Chengdu) Industrial Research Institute Senior engineer Su Yu gave a detailed introduction to the development and application of 5G connected drones; Muhammad Qatani, Vice President of Asian Engineering Technology, Saudi Arabian National Petroleum Corporation, introduced the application of drones and robotics in the oil and gas industry, Japan Shinji Suzuki, president of the Unmanned Systems Industry Development Association, introduced the development status of unmanned systems and unmanned aerial vehicles in Japan. Finally, Major Yin Zhuo, director of the Naval Informatization Expert Committee, will give a special report for the conference: "The Changing World Pattern and Security." 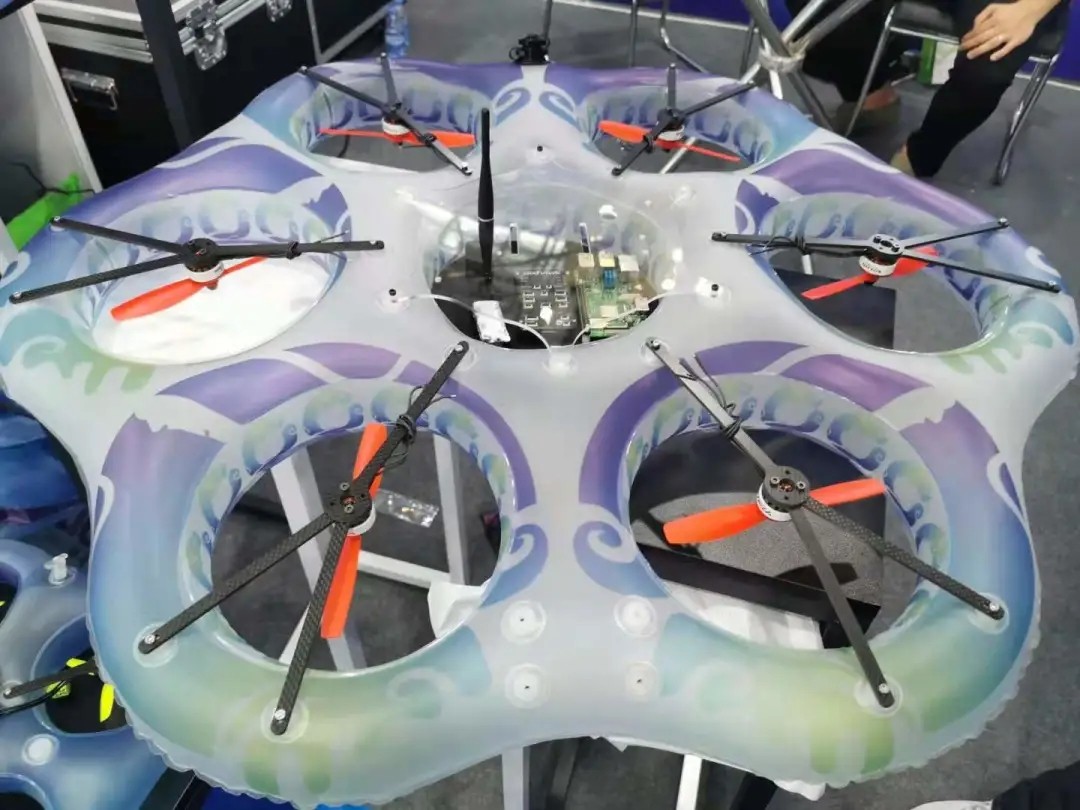 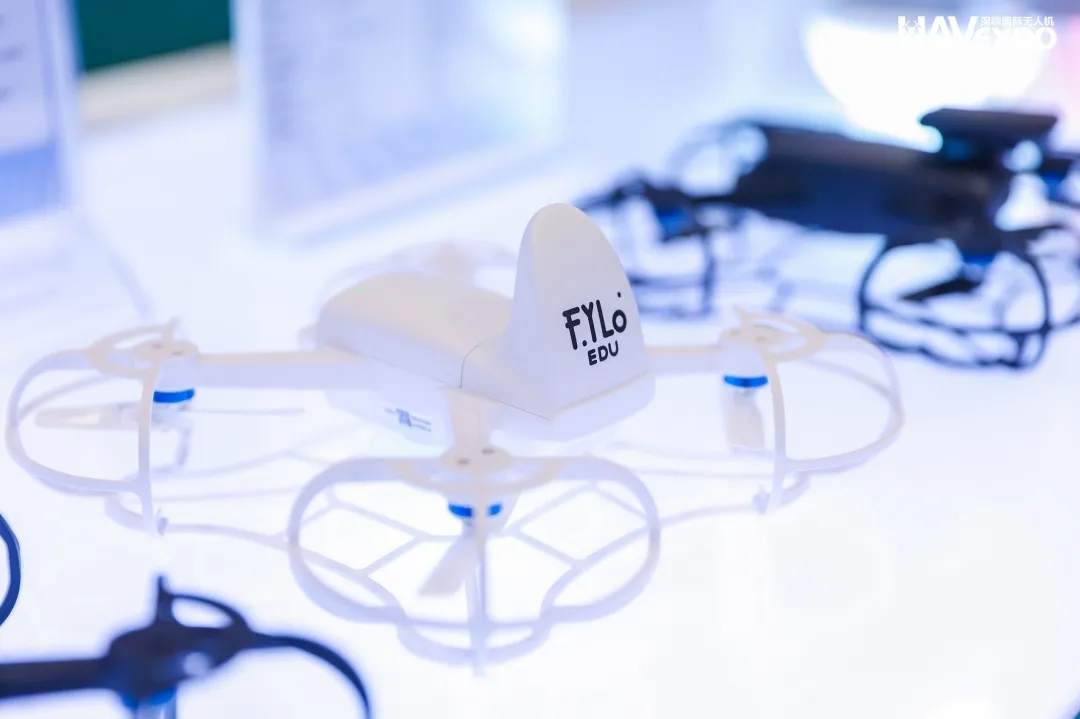 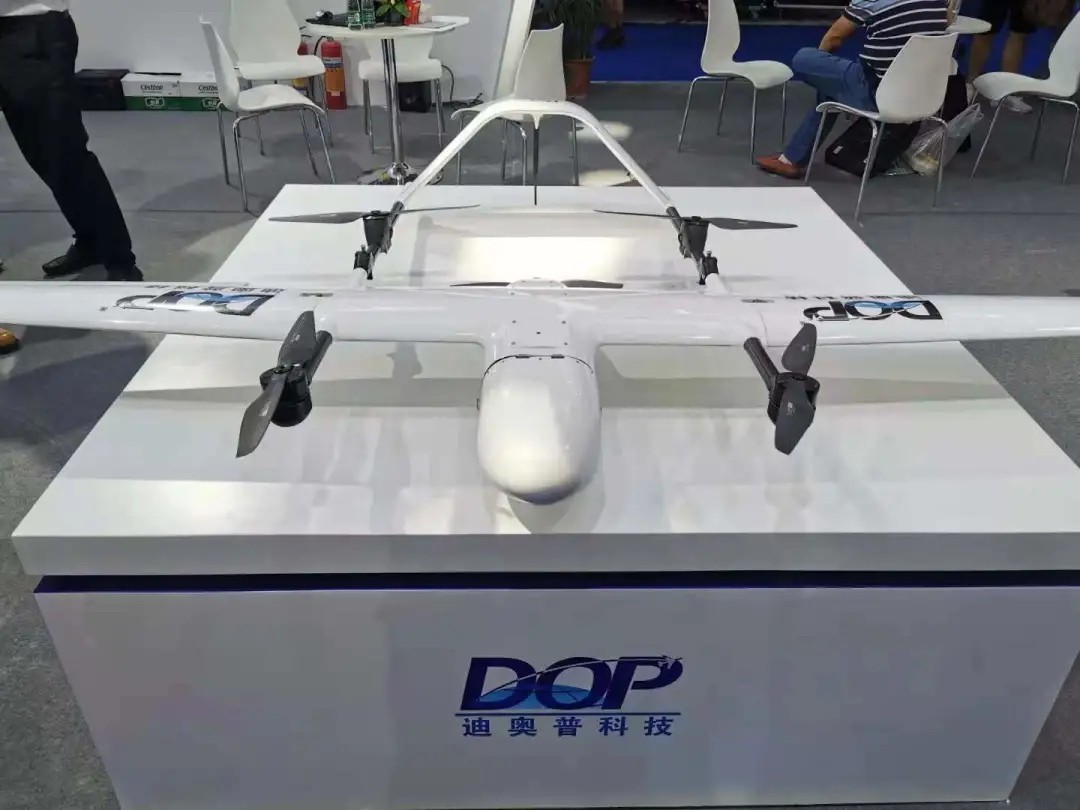 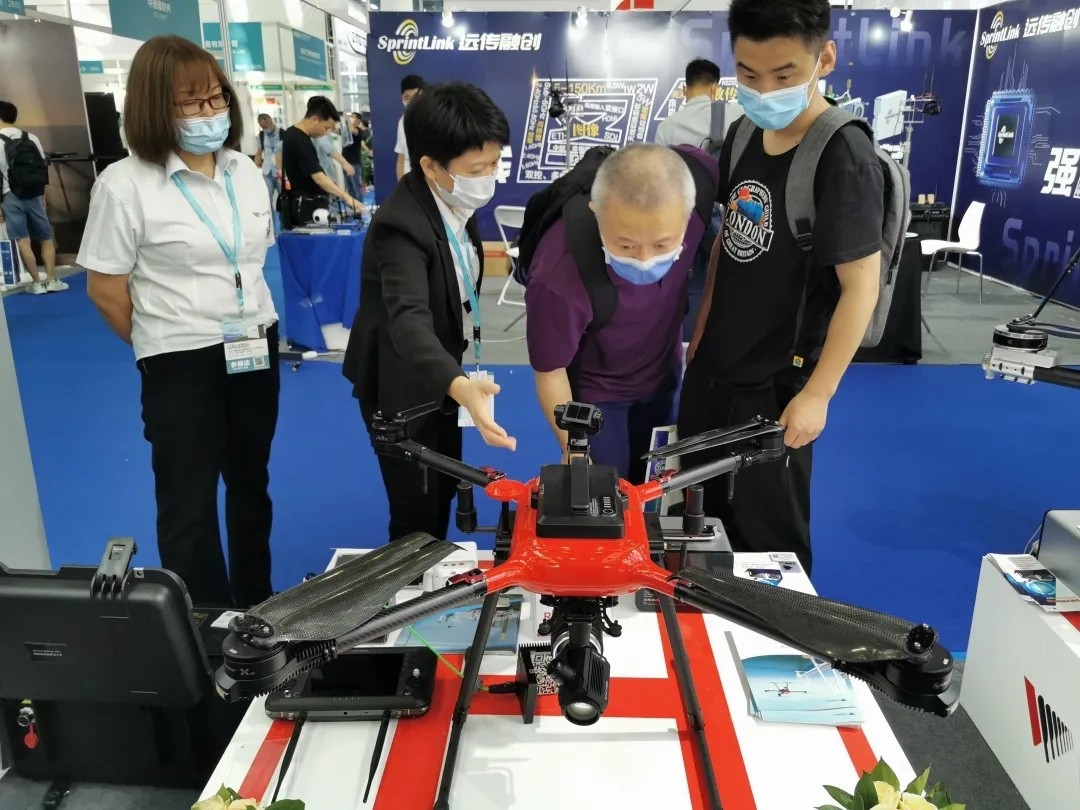 Highlight 4: The drone performance creates four Guinness records, and the competition is rich and colorful

The English name of "Drone Soccer" is Drone Soccer. This aerial sport event originated in South Korea. It uses a special drone ball covered with a spherical plastic frame for a five-on-five competition. Win the game by scoring the drone ball into the air ring goal installed in a special cage. Drone football is not only simple in rules and high in safety, but also suitable for all ages, and even people with disabilities can experience the fun of the game. 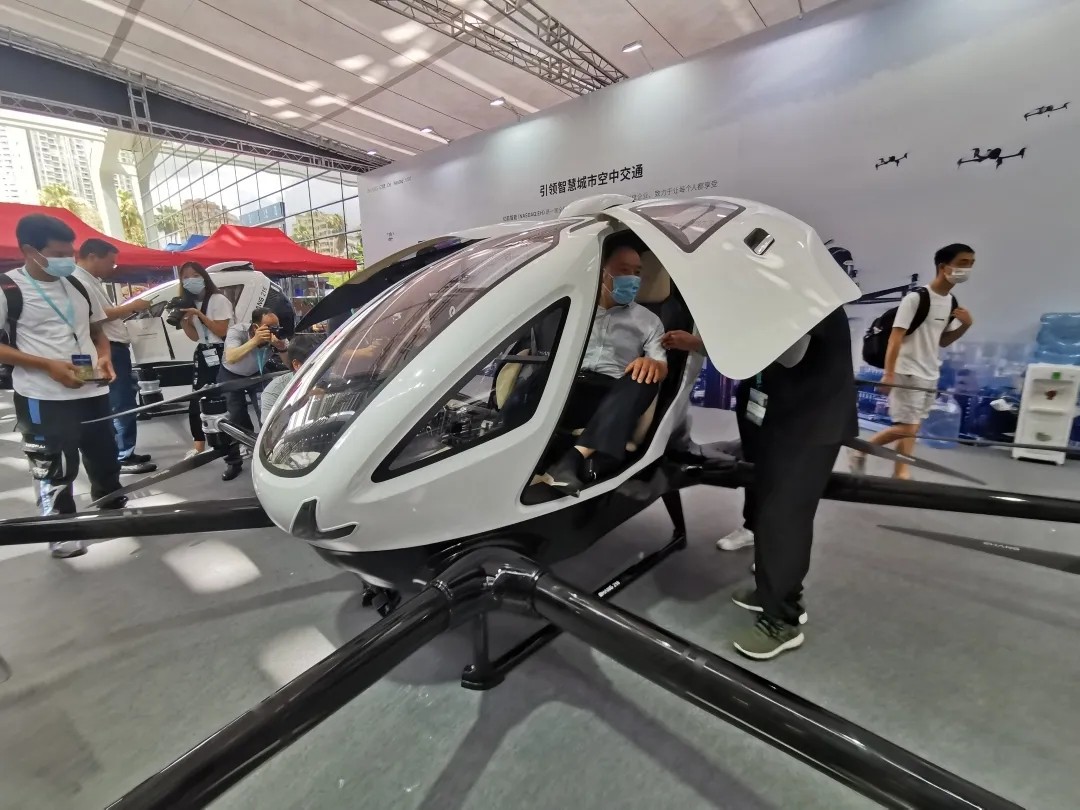 Tesla dismantled. Tesla Model 3 is a compact and economical electric new energy vehicle. Production began in mid-2017. Both the overall appearance design and the driving control feel are deeply loved by users. The disassembled version of the Tesla car can facilitate the audience to understand in detail the overall structure of the modern version of the car, the birthplace of accessory products, the transfer efficiency and many other popular science knowledge. It is a good knowledge for users, audiences and enterprises. Popular science. 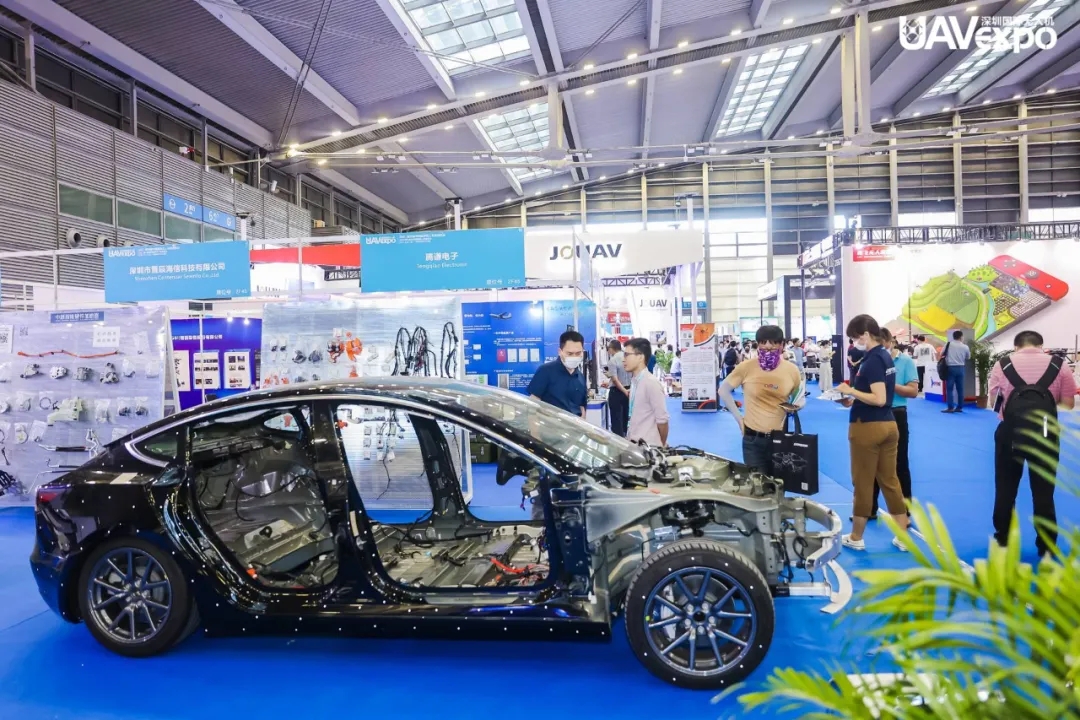 "Zhichuang Cup" cutting-edge technology challenge qualifier. The "Zhichuang Cup" Frontier Technology Challenge strives to build a platform for the participating teams to connect resources, enhance value, promote growth, and showcase their style. The competition will effectively encourage and support innovation, promote the effective connection of technology, talents, government, industry, and capital, and promote the realization of the "three batches" goal of "discovering, guiding and cultivating a batch". At the same time, through the "Intelligent Innovation Cup" window, Shenzhen has also demonstrated its image as a pioneer area of inclusiveness, seeking talents, encouraging innovation, and supporting entrepreneurship to the whole country and the world, accelerating the gathering of global scientific and technological resources and stimulating the vitality of innovation and entrepreneurship. , To promote the transformation and application of scientific and technological achievements. The first "Smart Innovation Cup" has a total prize of RMB 24 million, and a single prize of up to 8 million. More than 1,500 projects have signed up for the competition. More than 70 competitions have been held in China, Germany, Israel, Japan and other Eurasian regions.

It is worth mentioning that the conference organized the selection of the Innovative Product Award, Dapeng Design Award and Global UAV Contribution Award at the World UAV Conference. The World UAV Conference is not only an industry development platform, but also a link to further condense the wisdom and resources of all parties, and provide a good opportunity for Shenzhen and China's UAV industry to achieve safe, stable and orderly development at a higher level. . 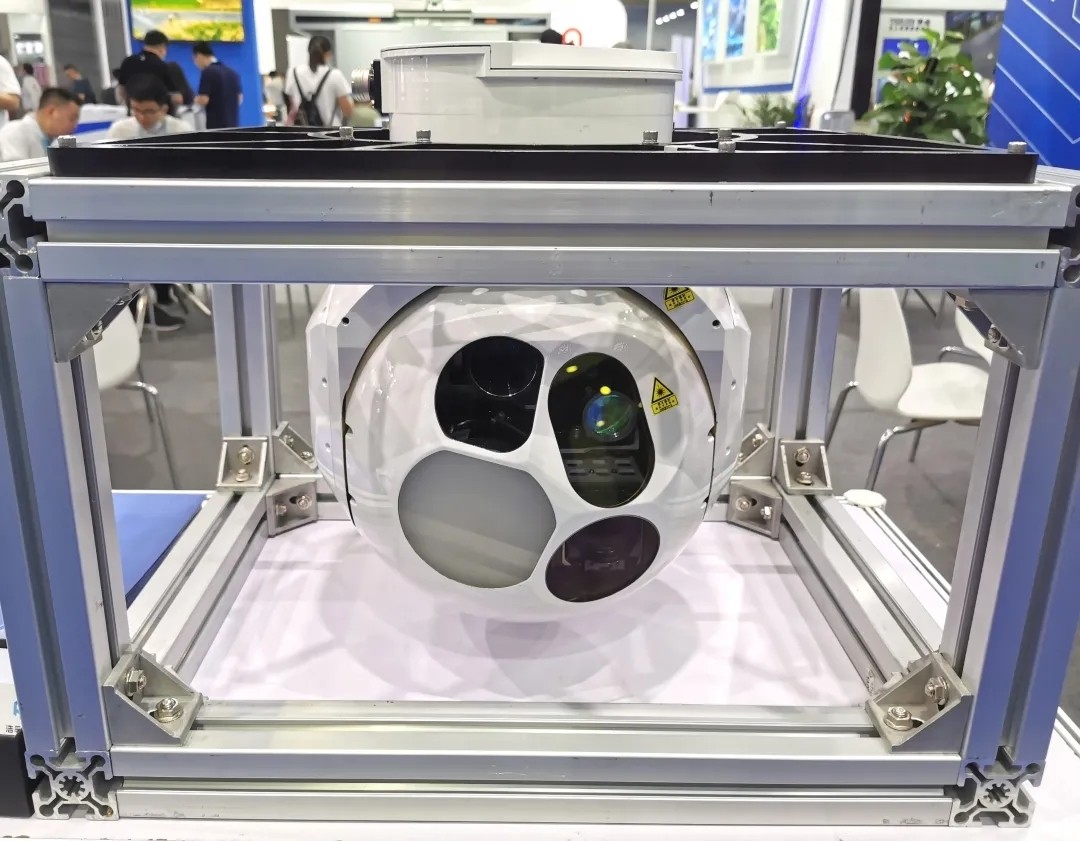 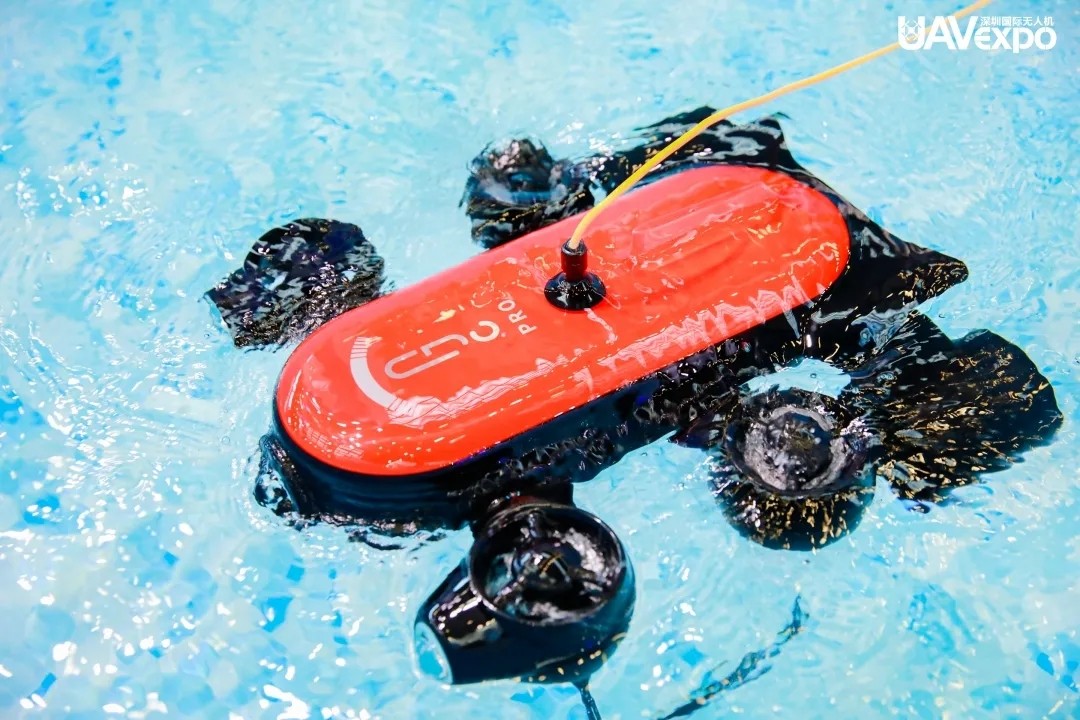